Brent Robertson of Elsie, NE, appointed by Secretary Perdue to PVP Board 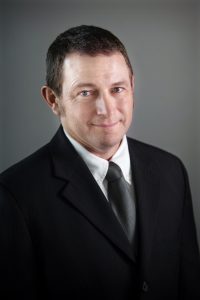 Brent Robertson, wheat farmer and former District 7 representative of the Nebraska Wheat Board, was recently appointed by Secretary Sonny Perdue to serve on the United States Department of Agriculture’s (USDA) Plant Variety Protection (PVP) Board. His term began immediately after his appointment and expires in September of 2022.

The PVP Board was created by the Plant Variety Protection Act as a way for stakeholders to provide feedback and advice to the PVP office. The PVP Act is an intellectual property statue in the United States and gives breeders up to 25 years of exclusive control over new, distinct, uniform, and stable sexually reproduced or tuber propagated plant varieties. The duties of the Board are to advise the Secretary concerning the adoption of rules and regulations to facilitate the proper administration of the Act; make advisory decisions for the Secretary on appeals concerning decisions on applications by the PVP office and on requests for emergency public-interest compulsory licenses; and to advise the Secretary on any other matters under the rules and regulations (USDA, 2020).

The PVP Board has 14 sitting members. These members represent various aspects of the agriculture industry including: farmers, the seed industry, trade and professional associations, and public and private research institutions.

Brent served as the District 7 representative for the Nebraska Wheat Board from 2007 to 2020. He served as Chairman of the Board from 2016-2019 and held various leadership positions on the national level, the U.S. Wheat Associates. He served as a board member on the Wheat Foods Council, and held the Chairman position from 2011-2013. He was continually active in various committees, advisory boards and task forces during his service. This is Brent’s first appointment on the PVP Board.